Why new names are piling into offsite housing 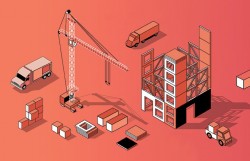 With government backing and growing investor interest in the offsite sector, new players are flooding into the market. Denise Chevin talks to some of the newcomers about their strategies.

The march of modern methods of construction continues apace. Government policy, the need for more homes of improved quality, and growing confidence in factory-made systems have led to some headline-making deals.
These tie-ups - most significantly, between Homes England, Urban Splash and the Japanese housing giant Sekisui - have boosted the view that offsite is a force to be reckoned with.

Yet as MMC gains real momentum, there are questions over whether these ventures are sustainable? Is this another false dawn and will MMC again end up being sunk by unpredictable demand and lack of pipeline? And what strategies are there to manage this risk?

"There are a lot of competing and conflicting signals, but I would say it's different this time around - it feels as if it will stick. But that said, it will end in tears for some," says Mark Farmer, CEO of consultancy Cast.

Jeff Maxted, technical director of consultancy with BLP, which provides the BOPAS accreditation for modern methods of construction, attests to the boosted market activity. He says that 40 schemes have been BOPAS accredited, and that he expects this number to rise to 100 by the end of the year. The majority are modular of one form or another and UK based.

"We are well past the tipping point," he says. "I would expect offsite in all its different forms to take 20% of the house building market in the next five years."

For Farmer, the fundamental challenge of a visible pipeline is still there, but this is reduced, he says, because some of the new entrants are vertically integrated. By this he means that they manufacture for their own development pipelines. Alternatively, they are partnering with housing associations or councils, which either have land or funding, or both.

And it helps to have institutional investors with deep pockets, again an emerging trend. Developer and manufacturer TopHat, for example, revealed in May it had secured a £75m investment from Goldman Sachs.

Meanwhile, Ilke Homes announced in June that it was partnering with Places for People, one of Britain's biggest housing associations. In a pioneering £100m joint venture, Places for People will purchase 750 units from Ilke Homes, including 500 for sites it already owns.

Elsewhere, affordable developer BoKlok, which is co-owned by Ikea and Skanska, has signed a deal with Worthing council in West Sussex to build 162 apartments on land it owns (see below).

Farmer says the most significant development is the arrival of Sekisui, Japan's biggest housebuilder. In a deal announced in May, £55m will be invested into regeneration company Urban Splash's offsite development business. Sekisui is investing £22m, with £30m of equity and debt funding coming from the government's Home Building Fund, administered through Homes England.

"I wouldn't underestimate the deal: it brings world-leading technology," Farmer says. He expects other Japanese firms to follow, attracted because government has made it clear it wants to use offsite to help solve the housing crisis. "UK modular companies have got to fight for the market – they need a good idea and good quality," he adds – and that means advanced manufacture rather than simply building traditionally in a shed.

But even with money to invest in state-of-the-art factories, launching a modular housebuilding business is not easy. L&G's £55m modular homes factory near Leeds, with a capacity to build 3,500 homes a year, has so far seen a trickle of homes coming off the production line since its 2016 launch. L&G says it is taking a considered approach.

There are also ongoing issues around warranties and mortgage providers. A government-backed task force chaired by Farmer to get the leading companies to agree a standard approach to certification of offsite systems is currently in the doldrums. The fallout from Grenfell, which has left some warranty lenders exposed, has led to increased nervousness.

"I'm conscious people are waiting for an update, but I can't report any progress at the moment," says Farmer.