Vivid bid to build up to 500 modular homes per year 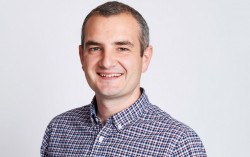 Over the last year, Vivid continued to grow an ambitious programme and deliver 1,010 new homes and remain on track to deliver 17,000 by 2030.

In a recent interview with Inside Housing, Mike Shepherd, director of new business and development at Vivid, said the housing association has an “aspiration to build 300 to 500 homes per year from modular or volumetric housing types over the next five years”.

It comes after Vivid signed a five-year joint venture with the Ikea-owned modular manufacturer BoKlok, in a move that it said would deliver roughly 300 homes annually.

Mr Shepherd said Vivid has identified three land opportunities that it believes it can promote solely as modular sites, two of which are in discussion with BoKlok and one of which it plans to bring to the market to find “an additional modular partner”.

He said Vivid is also working with BoKlok on one of its regeneration sites in Basingstoke “to look at the advantages modular housing can bring to us in terms of helping with regeneration and decanting”.

The housing association intends to submit a bid to Homes England’s strategic partnership programme that will see 25% of the homes it builds being modular or volumetric.

The latest iteration of the strategic partnership scheme, which gives housing associations long-term funding for their development programmes, stipulates that a quarter of homes funded must be built using modern methods of construction (MMC), however this does not always mean modular.