The perils of payment on modular 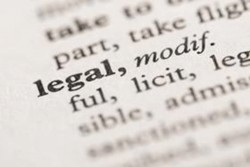 Modular construction is on the rise, particularly in the hotel sector. But a recent case highlights the dangers when amending standard form contracts to suit this form of construction, or any project where payment is based on milestones and sign-offs.

The case, Bennett (Construction) Ltd vs CIMC MBS Ltd (formerly Verbus Systems Ltd), concerned construction of a hotel in Woolwich. Bennett was main contractor; Verbus, its subcontractor, was to design, supply and install 78 modular bedroom units to be made in China then shipped to Southampton and fitted out prior to delivery.

The parties used a JCT contract but replaced the standard interim payment terms with "milestone" payments. These required payment of a percentage of the contract sum on sign-off of a particular stage of the works.

Verbus produced an initial prototype bedroom unit in China. Despite Bennett saying it was not acceptable, Verbus went on to produce all 78 units. Before the units had even left the factory, Bennett said there were defects in them. Verbus disagreed and said they could all be signed off. No sign-offs took place.

Just when matters could not have got much worse, the developer went into liquidation, and Verbus' contract came to an end. The units were scrapped.

But that was not the end of the matter. What about payment for the prototype and the 78 units produced?

Bennett said no further payment was due as sign-off had not been achieved. Verbus sought to sidestep that argument. It said the milestones did not comply with the Construction Act, as they did not amount to an adequate payment mechanism. So the interim payment terms of the Scheme for Construction Contracts Regulations (the Scheme) were implied into the contract, entitling it to payment based on the value of the works carried out.

There was an adjudication, which Bennett won. The adjudicator decided the milestones provisions did comply with the Construction Act. That meant no money for Verbus.

Verbus then commenced proceedings in the Technology and Construction Court. It sought a declaration as to whether the milestones complied with the Construction Act, and if not, if the Scheme terms applied.

This time Verbus won. The judge found two of the milestones did not comply with the Construction Act, largely because there was no indication of when sign-off was required to take place, and the terms envisaged a physical sign-off. Bennett could avoid payment simply by not signing off the units.

The judge said the entirety of the Scheme applied in relation to interim payments in place of those two milestones. So Bennett would have to pay Verbus. Bennett appealed.

The Court of Appeal reached a different view to the first-instance judge. It found the reference to sign-off did not require physical sign-off. Instead, it found the parties had agreed Verbus would get paid when the units had been completed to the relevant milestone. The milestones thus provided an adequate payment mechanism, and the Scheme terms did not apply. Bennett won.

The Court of Appeal could have stopped there. However, it added that it recognised the "wider importance" of how the Scheme is implied into a contract lacking an adequate payment mechanism for interim payments. So it went on to consider that issue. Would all the interim payment terms of the Scheme be implied, or only some?

The court said there were no relevant judgments on which Scheme terms applied and the Scheme itself was badly drafted. It found that where a contract does not contain an adequate payment mechanism in relation to the amount or due dates for interim payment, then the Scheme is implied only to the extent necessary. Here only paragraph 7 of the Scheme was relevant to interim payment due dates, and so only that paragraph would have been implied into the contract.

This is welcome clarification. However, the Court of Appeal was not required to determine this issue as it had already found that the Scheme was not implied into the contract. That means its comments on how the Scheme is implied are not strictly binding on other courts, although highly persuasive. It remains to be seen whether a party will try and run an alternative argument.