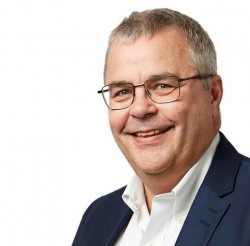 The boss of modular manufacturer Ilke Homes has been appointed to run a new trade body designed to promote modular housing.

Dave Sheridan has been named chair of Make Modular, an offshoot of existing manufacturing trade association Make, which will include modular builder Ilke alongside rivals L&G Modular, TopHat, Urban Splash and Laing O'Rourke as founder members.

The body has been launched with "support" from housing quango Homes England.

In a statement launching the body, Make Modular claimed the members together had a plan to invest £500m to end the UK's housing crisis, and were targeting the manufacturing of 75,000 modular homes by the end of the decade.

The members also believe they can together create more than 50,000 "future economy" jobs by the end of the 2020s.

The organisation said that the plan was designed to address fears that construction could become "the new haulauge", with economic competitiveness undermined by an ageing workforce leaving the industry.

Financial backers of the new organisation include Goldman Sachs, Laing O'Rourke, Legal & General, Sekisui House and TDR Capital – all of whom are already backing their own modular building firms. Goldman Sachs has put £75m into Start-up TopHat, while TDR Capital is one of the core investors in Ilke, and Sekisui House has joined forces with Urban Splash to develop their own modular housing product.

Dave Sheridan, chair of Make Modular, said the establishment of the trade body was "the crucial next step" in growing modular housebuilding in the UK. "As a natural partner to Government to solve the housing crisis, deliver the levelling up agenda, and combat climate change, Make Modular will accelerate and advance the MMC agenda through one strong voice rather than a series of disparate ones," he said.