MMC ‘not as disruptive’ as industry believes 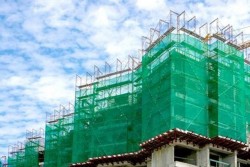 Modern methods of construction (MMC) are the talk of the residential sector and are lauded as a potential solution to the housing crisis.

But a new report from Savills, Disruption in Development, argues that MMC are not as disruptive as the industry thinks they are and that political and environmental factors will play a greater role in reshaping housing in the future.

"We see MMC more as a potential way, though not the only way, to deal with some of these disruptive factors, rather than being disruptive itself," says Emily Williams, associate director of research at Savills. "At the moment, MMC are only 10% of total delivery in the UK."

Williams highlights barriers to entry as the key reason MMC do not feature higher on Savills' list of disruptive influences. Factors such as developers having to invest in their own factories and the public's perception of modular construction "being a bit stuck in the memory of the post-war pre-fab" will continue to stunt its progress in the short term, she suggests.

In terms of politics, the report says that while "the pressure to build more quickly and meet a growing range of needs will shape government policy towards the housing industry", it is difficult to anticipate how this will play out because of the different approaches of the major parties.

However, it adds, if housing supply does not increase, whoever is in power will need to "intervene further in the planning system to force a greater diversity of product".

On the financial side, Savills says a big disruptor will be the entry of institutional investors to the BTR market as younger generations are increasingly priced out of home ownership and turn to the rental market. The end of Help to Buy, currently scheduled for March 2023, is expected to exacerbate this.

But the disruptor that could have the biggest long-term impact on housing development is the one Williams says is the least talked about among developers and investors.

"Environmental factors are not something the sector has had to grapple with until now," she says. "There has been a bit of an assumption that it can be business as usual and they won't have to change too much. This is changing and the pressure will grow."

With pressure on the government to meet its carbon emission targets and growing public interest in the climate crisis, Williams says that environmental building regulations are inevitable and that it makes little sense for developers to build homes that will soon be outdated and unsuitable.

"Even if we're not going to be zero carbon until 2050, why would you now or in the coming years build something that's going to need retrofitting?" she says.

The key takeaway for developers and investors is that they need to shift their focus beyond the industry's excitement about MMC to what is happening outside the real estate world, concludes Williams.

"MMC have dominated the conversation, but there are these big social, political and environmental changes that are going to have more impact on how we think about real estate and what we need it to do for us as a society.

"We need to start thinking about the people and what they need, rather than thinking from the property angle."

The rise of MMC may be on the horizon, then, but for the time being it seems there are more pressing matters for the real estate industry to focus on.