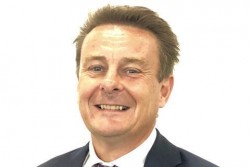 The profit-making affordable housing business set up by insurance giant L&G is looking to build a greater proportion of its homes itself using its sister company’s modular factory, rather than rely on section 106, its chief executive has said.

For-profit provider L&G Affordable Homes (LGAH) is looking to reduce the proportion of its homes it acquires through section 106 planning gain from three quarters of its portfolio to two thirds, Ben Denton told Housing Today in an exclusive interview.

Denton said this was in part to make it easier to ensure quality of developments in its total pipeline, which currently stands at around 6,800 homes. Denton said: “We don’t think at the end of the day that section 106 is inferior quality housing, you’ve just got to work really hard to make sure of equivalent quality to direct delivery.”

The comments came as LGAH told investors it plans to increase its turnover from an expected £250m this year to £775m by the end of 2025. By this time, it is hoping to have completed 3,000 homes and be making an annual profit of more than £100 million.

“We are in a good position to accelerate the journey towards Energy Performance Certificate A and the net zero carbon homes, because we have the modular business agreements to directly build homes,” said Denton.

L&G Modular’s 550,000 square ft factory in Sherburn-in-Elmet, near Leeds, is expected to build up to 3,000 homes a-year out of cross-laminated timber. L&G Modular has announced plans to take on around 350 people this year as it starts to ramp up production, with a pipeline of around 750 homes.