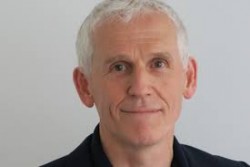 The former boss of one of the country's largest listed housebuilders has been appointed as chief financial officer at ilke Homes, a pioneering company that is revolutionising construction by manufacturing homes in a factory.

Former Crest Nicholson chief executive, Patrick Bergin is joining the modular housebuilder following three years of rapid growth, in which it has grown its order book to over £200 million – putting it on par with some of the UK's largest developers.

Bergin, who joins with 15 years' of experience in housebuilding, rose through the ranks at Crest Nicholson where he held numerous senior roles, including as the company's chief operating officer from 2016 to 2018.

In his role as chief financial officer at the FTSE250 housebuilder between 2011 and 2016, Bergin was instrumental in Crest Nicholson's successful initial public offering in 2013. Bergin successfully grew revenue by 90 percent in the three years that followed the company's stock market launch.

Bergin, backed by his years of experience at a volume housebuilder and in public markets, has been brought in to contribute to the strategic management of the business as it enters this period of rapid growth and ensure that management processes and controls are appropriate for the enlarged operation.

Last year, ilke Homes launched its 'turnkey' offering, whereby customers can purchase complete energy-efficient developments that have been sourced and delivered by the company. Since its launch into becoming a fully-integrated housing developer, the modular housing pioneer has entered into 12 'package' deals with customers, building a development-led pipeline of 2,500 homes. This is in addition to the overall business pipeline which includes the company's 'homes only' offering.

Bergin's appointment comes at a time when an increasing number of investors, developers, housing associations and councils are turning to offsite manufacturing to deliver greener homes at pace. Changing building regulations, a worsening housing crisis and pressure from policymakers to reduce emissions produced by the UK's housing stock mean many in the house building industry are being forced to innovate at a pace they are incapable of.

By taking charge of the whole development process, ilke Homes' 'turnkey' offering – whereby the company acquires land, gains planning permission, manufactures the homes and develops the site – offers a solution to this.

Since the offering's launch last year, ilke Homes has entered into partnerships with a mix of investors, including hedge fund giant Man Group, housing associations, like Guinness Partnership, and the UK's largest housebuilders, such as FTSE250 company Vistry Group.

The news follows the recent announcement that ilke Homes has appointed property veteran Stephen Stone as a board member. Bergin and Stone have years of experience working together at Crest Nicholson, where Stone was also formerly CEO and later chairman.

"Following a comprehensive recruitment process, we're delighted to welcome Patrick, who brings with him years of invaluable experience, to the team. ilke Homes will benefit from his industry and commercial experience which will help us to continue to grow as a fully-integrated housing developer."

"To successfully transition to a net-zero economy by 2050, there requires a significant step change in the way the UK builds homes. Regulatory pressures, challenges to traditional models of delivery and the urgent need to decarbonise housing mean that there has never been a more crucial time for UK house building to innovate and adopt more modern methods of construction.

"Following several years of intense research and development, I believe ilke Homes' low-carbon, energy-efficient solution to housing makes the company a firm market-leader. I expect the company's strong growth trajectory to be maintained in the years to come as more investors look to go green quickly."