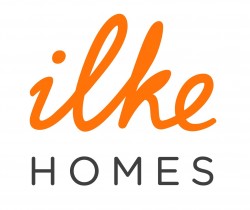 A modular homes specialist granted £30m of government funding this week racked-up a pre-tax loss of £7.7m in its latest published accounts.

Yorkshire based ilke Homes was handed a £30m loan by Homes England earlier this week to ramp-up production at its Knaresborough factory which opened last year.

The money was announced by Housing minister Esther McVey who hailed it as a "significant step" in the creation of a "Construction Corridor" in the north of England.

It is the largest investment by Homes England in a modular housing business.

Ilke Homes was incorporated in its current form in August 2017 and has the financial backing of investment giant TDR Capital.

Ilke signed one of the industry's biggest modular homes orders this May for 750 factory-built units for Places for People.

It said the Homes England investment will allow it to boost production to 5,000 homes a year in the next five years making ilke a top 10 house builder.

A spokesperson for ilke Homes said: "As with any manufacturing business, the initial investments to boost capacity and achieve scale requires significant upfront costs.

"To tackle the housing crisis in this country we need high quality homes delivered at volume and speed and Homes England is right to be supporting modern methods of construction."

Homes England said: "This investment was made alongside private capital with an operational organisation that has strong infrastructure and a supportable business plan, and a pipeline of existing and future housing development."