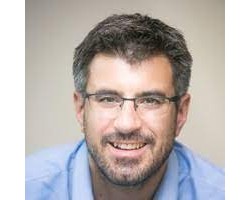 Jaimie Johnston, board director and head of global systems at Bryden Wood has been awarded an MBE in The Queen's Birthday Honours List 2021.

The award reflects Johnston's long-term and tireless commitment to the modernisation and improvement of construction - for the benefit of the built environment and the people within it.

Jaimie Johnston joined the tech-powered design practice shortly after it was founded in 1995. He has pioneered the advancement and adoption of a manufacturing-led approach to design and construction on major global projects for clients including the NHS, Circle Healthcare, GlaxoSmithKline, Heathrow Airport, the Department of Health and Ministry of Justice.

More widely, his development of the Platforms approach to design for manufacture and assembly has earned him recognition as one of the UK's leading thinkers on Modern Methods of Construction (MMC).

Platforms is a component-led system based on standardised, repeatable processes and parts that is proven to result in significant reductions in construction time, carbon and cost.

Reaching far beyond the traditional role of an architect, he has been closely engaged with central government for a decade, including his early and continued work on the development and integration of BIM, new digital workflows, and encouraging the widespread adoption of MMC and Platforms across the public sector. He has been instrumental in having Platforms identified by the government as essential to the transformation of construction.

"I'm so honoured to receive this award. I've always been incredibly passionate about the design and construction sector; working hard to help promote and achieve progress, so this means a huge amount to me. It reminds me that, although we still have a long way to go, it's important to recognise the enormous progress we've made. Thank you to my colleagues and everyone in government and elsewhere who has supported my work at Bryden Wood and across industry over the last few years – and coped with my enthusiasm along the way! Here's to the next chapter."

Johnston is also the Design Lead for the Construction Innovation Hub, which was awarded £72 million in 2018 to drive innovation and technological advances in the UK construction and infrastructure sectors.

This award reflects Bryden Wood's commitment to pursuing value – including social value and sustainability – in all aspects of construction and the built environment. This commitment was also recognised in 2018 when the practice received a Queen's Award for Enterprise.