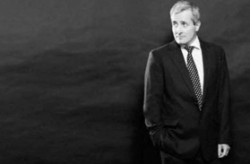 Berkeley Group is planning to start production at its new house-building factory in north Kent in 2020.

Chairman Tony Pidgley said that Berkeley's volumetric modular construction facility in Ebbsfleet would be "an exemplar of innovation in construction, helping address a number of challenges within our industry's supply chain around quality and skills".

He said that the machinery was due to be commissioned throughout 2020 when the first modules would be delivered to sites. Berkeley has employed more than 30 staff for the factory operations, with 10 apprentices being trained to operate the machinery.

Berkeley's move towards modular construction comes as the company's financial performance returns to what the board calls 'normal levels'.

Berkeley Group has today posted half-year results showing merely huge profits, rather than its previous gargantuan ones of recent years.

While these numbers were down 31% and 44% respectively on last year, the board said this represent a return to normal levels.

Chief executive Rob Perrins said: "The reduction in profit before tax of 31.0% on the equivalent period last year was anticipated and reflects the completion of a number of Central London developments acquired in the period from 2009 to 2013."