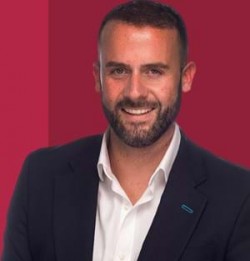 We must harness the power of offsite to build back better, says Mark Davis, Acting Head of Partnerships and Communications at Public Sector Plc, if modular homes are to increase the quantity and quality of new homes and help to save the planet.

As we head into the darkness of winter and batten down the hatches to cope with a second wave of COVID-19 it is crucial that we all remain focused on turning the devastating experience of the Coronavirus crisis into something positive. While COVID-19 has cast a shadow on all of our lives, it has shone a light on some of Britain’s biggest challenges: the housing crisis and the climate crisis.

For millions of families the experience of lockdown has highlighted the problems caused by living in Britain’s old, cold, draughty housing stock – something which will be exacerbated by the second national lockdown in November.

And while CO2 emissions fell by almost a fifth (17%) in April during the lockdown they quickly recovered. At the same time, regions around the world such as California and Siberia have recorded their worst year for forest fires with millions of acres of habitat lost. Globally, between 2030 and 2050, the World Health Organisation expects climate change to cause 250,000 additional deaths per year. According to the UK Green Building Council the built environment contributes 40% of the UK’s total carbon footprint.

When it comes to housing it’s so difficult to fathom that something which provides us with protection and shelter is so damaging for the environment. Current construction methods contribute significantly to carbon emissions during the construction process. And then also again during occupation as traditionally built homes require more energy to heat.

In 2019 the UK became the first major economy in the world to pass laws to end its contribution to global warming by 2050 and bring all greenhouse gas emissions to net zero. While climate change is a global challenge the solutions to this problem are local. As of October this year, almost three-quarters (74%) of the UK’s principal authorities – county, unitary, metropolitan, London boroughs, district – have declared a climate emergency – making it one of the fastest growing political movements of all time. Some local authorities have gone further than this and declared dates by which they will become zero carbon.

Others like Greater Manchester Combined Authority have gone further still by pledging to make all new buildings net zero carbon by 2028. As one of the pioneers of the Build Back Better movement the Mayor of Greater Manchester, Andy Burnham, has said: “There is a need to reimagine town centres being residential centres, rather than retail centres. I can see a new future for our proud outlying towns that is one of modern, possibly modular, affordable housing more closely connected to public transport, and with excellent digital infrastructure.”

The adoption of offsite construction is crucial if we are going to help our councils and national government to reach our targets to reduce carbon emissions. Modular construction is also crucial if we are going to meet the target to build 300,000 new homes a year in England. The Government has made clear that it will not cut its target to build 300,000 homes a year. Furthermore, this Government has made it clear that offsite is integral to meeting this target.

In September, Homes England announced that any deals signed with housing associations as part of its new £11.5billion Affordable Housing Programme must commit to modern methods of construction to build out at least 25% of their pipeline. Britain’s housing crisis is an industrial scale problem and as such it requires a scalable manufacturing solution where new homes are built in factories rather than the current predominant batch production model.

Manufacturing precision engineered homes in a factory, rather than building homes in rain, wind and snow in a field, enables us to create better quality energy efficient housing and also empowers us to deliver more homes more quickly. Councils have a key role to play in this. Having built more than 100,000 new homes per year up until the late 1970s over the past decade local authorities have averaged 1,500 homes a year.

By taking the lead on housing development, councils can lead the charge on building back better by bringing forward much-needed housing more quickly, control the speed, type, quality and tenure mix of developments and potentially retain ownership of their land assets if they hold the housing stock for the long-term. Carbon neutral homes also enable families to save hundreds of pounds a year on energy bills. Creating a new generation of low carbon homes creates win-wins for local authorities, taxpayers, local residents and the environment.

While the COVID-19 crisis presents us with unprecedented challenges it also creates an opportunity for us all to build back better. That’s why we partnered with NetZero Buildings to develop a net zero carbon housing offer designed for our Council and Housing Association partners and recently started on-site with our first zero carbon family housing development in Kent. Let’s harness our collective experience of COVID-19 and work together to make sure that it happens.

Connecting you directly with your supply chain!